There has been a great deal happening across the Safeguarding landscape. I have been aware of a mounting tension as both ‘celebrities’ and long-term childcare professionals, across many sectors are brought to justice around their systematic abuse of children. I believe that victims coming forward, sometimes disclosing abuse during the 1960’s and 70’s and later, represent the tip of the iceberg; I think that many more parents, grand-parents and our own practitioners are living with the anxiety as to whether they should speak out. This period perhaps has them feel very vulnerable and exposed, maybe even terrified that we know somehow what happened to them. (It is important to keep in mind that research suggests as little as 5% of child sexual abuse is detected, there are therefore potentially very large numbers of adults who may be living with this untold ‘secret’)

Is this something that you are aware of too? Are you talking about it and perhaps providing a support for those who may have been affected?

“Their voices will be heard”

As you will know, The Independent Statutory Child Sexual Abuse Inquiry has been formally launched. New Zealand Justice, Lowell Goddard has been appointed to Chair this Inquiry. She is due to begin her role at the beginning of April.  She is independent of the UK Executive and has a track record of holding institutions to account. 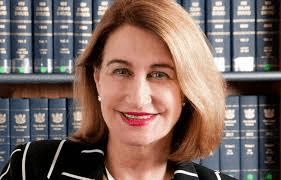 As you will probably recall, the previous two appointees were forced to resign due to their links with the UK Establishment.

Justice Lowell has led panels regarding Police interviewing techniques when interviewing both children and adults subject to abuse.  She has advised on the setting up of advocacy services for young people and has been involved with child abuse cases in New Zealand.

The Home Secretary, Theresa May, has consulted with victims and survivors to ensure that their voices will be heard in putting the new arrangements together, and secured their approval of this new appointment.

You will probably remember Louise Casey’s Report, a critique of Rotherham Safeguarding Children Board Serious Case Review and subsequent responses to the Organised Sexual Exploitation of the most vulnerable girls, exposed systemic failure and widespread complacency in the most senior leadership circles. 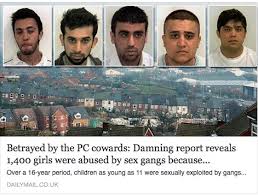 The ‘no confidence’ vote for the Children’s Service to cause transformation from within lead to a ‘take-over’.  The new executive panel has now been appointed to guide and improve services to children in Rotherham. The intention is to incrementally build competence with the Council, including new appointees, guiding the development of in depth knowledge of child safeguarding.

As many of you know I played a part in leading production of Conception to Age 2: The Age of Opportunity and agitated, with many, for the formation of the All Party Parliamentary Group (APPG) Conception to Age 2 – The first 1001 days.

On the 26th February, the report “BUILDING GREAT BRITONS” was launched in Parliament. This seminal report outlines the causes and costs to society of failing to recognise and act upon the linked issues of perinatal mental health and child mistreatment. You can access this fascinating report here:  Building Great Britons.

The report shows that the two are closely linked and, more importantly, largely avoidable;

“tackling it should be no less a priority for our politicians, health and social care professionals, than the defence of the realm”.

The report outlines that research has clearly demonstrated recurring cycles of violence, abuse, disadvantage, dysfunction which often passes from generation to generation.  It suggests that National Government should establish a 1001-strategy fund to support local authorities, and NHS clinical commissioners, to make a decisive shift over the next 5 years to a primary preventative approach.

The APPG, The Critical 1001 Days is a manifesto document that many MP’s support.

Are you aware of whether your MP does though?

Please approach your MP to ensure they are on board.

As usual my Associates and I have been aware of some exemplary work out in local areas, including:

You know who you are, keep those standards; our children and families deserve high quality services, delivered by committed Practitioners who care.

I really look forward to talking with you next month. In the meantime enjoy those early signs of Spring.